meta data for this page

When you compile a shipped sample with no modification and this error arises:

It could be a problem of execution of LLVM CLANG, which is the C compiler used by RAD Basic for generating machine code.

There are report in some machines with Visual Studio 2019 installed, clang official binary can run in it.

Steps for reproduce it

1. Open a CMD and goes to “bin” folder into RAD Basic installation dir. For example, for default installation:

3. If it runs smoothly, you have to see this output:

4. There are a problem with clang if you see a similar output as: 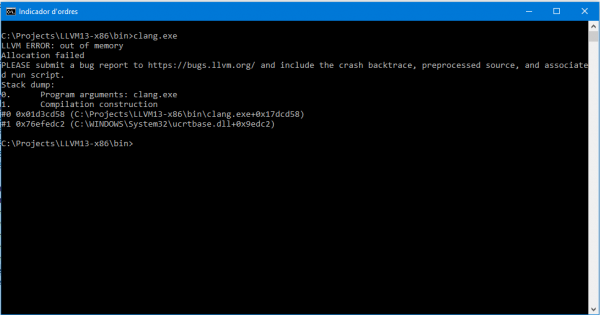 If you see the clang crash, please follow next steps for trying another LLVM CLANG backend

If you have problems with default LLVM backend, you could change it by command line.

Note: You have to do select Complete installation during setup for installing additional LLVM backend, as you could see in next screenshot: 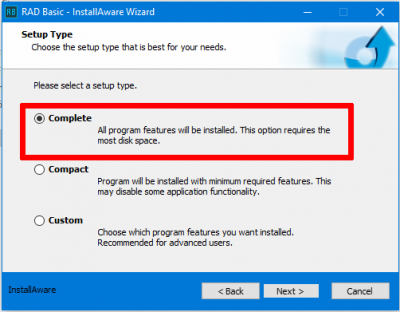 In the same folder ob RAD Basic “bin”, you could execute this program for listing installed LLVM backend: 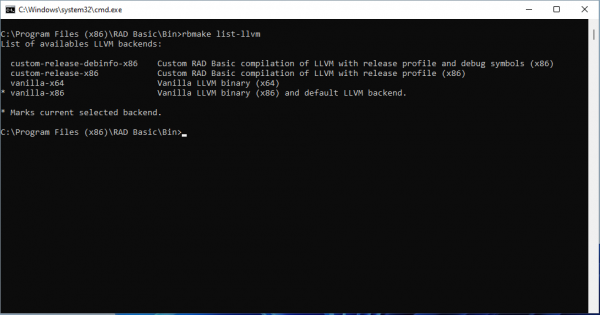 You could check if this LLVM backend works in your machine running this command:

If you obtain the desired message: “clang: error: no input files”, you could select this LLVM backend for RAD Basic.

For change LLVM backend used by RAD Basic, you have to execute this command:

LLVM backend will be changed and you could try to compile again the project.